Innocence destroyed her honour restored.
Through the harm perpetrated by that man
Groomed words capture a moment frozen.

From the joy of friendship, a youthful delusion,
To the easing of that momentarily uncertainty,
Came a movement homeward, a shared space.

A fellow traveller befriends a silent fear knowing
Where the journey may end, hiding known intent
Shaped from a darkened place still hidden.

The traveling memory now dulled, yet clear,
Was filled with thankfulness and pleasure:
Hope from warmth returned for the wayward.

A space amongst the dark Mills was the place
Where the moment came in that hold and lunge,
Joined forever with an aroma of beer and fear.

Words of coaxing – fear gripping, time sharpened
The briefest recognition of the impending desire
Beyond what was known to the sweet innocent boy.

Power raged from all hearts as an assault to harm,
Youth wanting to preserve the truth of so many,
Deny the victim status, the pure right of the pained.

Escaping the clutches, from the released shame,
Breath is taken away along with burning lungs:
Legs pumping racing to find innocence again.

Running into a new kindness, an official blue
The silence started and held – now released, safe:
A carriage home to a different hidden reality.

Confronted again the moment haunts, what
Could have been, in that Satanic moment in time:
A loathing life scarred beyond redemptive healing.

Shame from the harmful place, self-created,
Leaves an anchor and sail fighting for movement:
Within, time healing the ugly truth of man-kind.

Secrets and lies, where untold moments shape
The place within, from which a strength grows
Silently, patiently, through self-truths kind peace.

Innocence destroyed her honour restored
Through a flowing determination to stand-up
For her silent innocence, she needs protection. 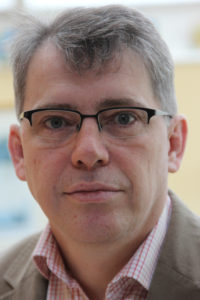